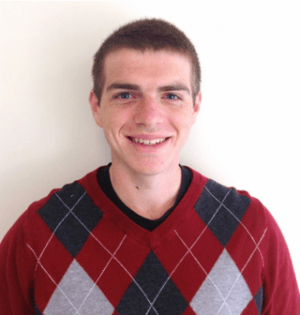 My name is Adam Brooks and I am a Project engineer in Mapvision. I am currently located in Finland, but previously I was part of the US team as a service manager I’ve worked at Mapvision since May of 2016. I began as a student co-op from the University of Cincinnati, but then graduated in 2017 and pursued a full-time opportunity here.

In college, my major was Information Technology. I had a co-op position as an IT support specialist in a medium-sized company for a couple of years. Working in the IT team, I interacted with everyone in the company from the assembly guys on the manufacturing floor, to the CEO and management team. Eventually, one of the Vice Presidents left that company and came to Mapvision. He reached out to me about a potential opportunity at Mapvision and I took it. I believe this background in IT, software, and support processes have allowed me to learn our technology quickly and become effective in service. I’ve been able to learn a lot about manufacturing processes and new technologies in Industry 4.0.

I enjoy working with everything from computer software, to the physical Mapvision systems themselves. In service, I have learned to better prioritize tasks and communicate in a more effective manner. To excel in Mapvision it’s important to be versatile and willing to jump in and learn new things. We deal with company created software and products, as well as working with already existing technologies such as scanners, label printers, PLCs, etc. I’m motivated by an intrinsic drive to be the best at whatever I do and to challenge myself to achieve difficult goals. When it comes to Mapvision, I want to provide the best service and solutions to our customers, and I want to push our company to further success.